The presidential race tax debate faces Romney’s lowering them 20% for all, versus Obama’s increasing them for those in middle to higher incomes. For quite a while the tax burden has continued to shift to higher income people, and those on the opposite end pay less and less taxes, per the Wall Street Journal. If you want taxes lowered for all bracket, it seems as if your candidate is Romney lowering them and if lowered just for the upper income earners, then you may favor Obama, per Bank Rate.

According to the Wall Street Journal, the following chart outlines the tax policy for Obama and Romney. 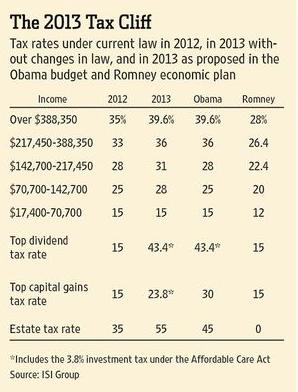