What are the Pros and Cons of Being Rich? 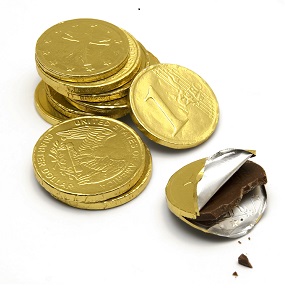 In the back of our minds, it seems as if a lot of us have a desire to be rich. This thought reminds me of Tevye. The central character in the Tony (10) Award Winning Play, and Oscar (3) Winning Movie, Fiddler on the Roof, Tevye shows us his interesting story about poverty and wealth.

This Broadway musical started in 1964 and was one of the longest running shows. It was the first to surpass 3,000 performances for almost 10 years. The movie version released in 1971 remains a timeless classic; it’s on my top-ten list of best movies and plays of all time. These productions made many people wealthy, yet the story’s focus was on a poor dairyman in early 20th century Russia.

Tevye is a likable character, yet he has complaints about his situation: suffering from poor transportation (lame horse), family discord (daughters not following tradition and a disagreeable wife), oppression (Jewish and political), and modest lifestyle (laborious job and humble belongings). Throughout the film Tevye is constantly conversing with God. It ‘s in this discourse and transparency that we see his internal struggles, and the audience is able to reflect on theirs.

In a couple of scenes he is complaining to God about his suffering and poverty, and he looks up and says:

We all think at different times that financial wealth is a solution to our problems, or society’s ills; we are no different from Teyve it seems; I guess that’s why I think of him.

Tevye was poor but he had abundance too

If we count the things we have, most of us are really quite rich, especially compared to most other humans on the planet. Tevye had many things to feel bad about, but he had good things to appreciate too.

We could list many more things for Tevye, and for ourselves, with an inestimable total price tag. Most people, even those with less, after adding things up, are indeed rich, again especially by entire world comparatives.

*Extensive research has been done on the connection of money to happiness, so to boil down the massive amounts of data it comes down to this: middle class people are somewhat happier than those in poverty, but not a by a huge margin. The difference between being poor and middle class is more than higher income. It usually comes with better health-care, safer neighborhoods, better schools, and overall healthier environment. However, the happiness factor doesn’t increase very much at all, with increases in wealth above middle class. Some who have a lot of wealth, report more worries than those at more modest income levels.These research findings, surprise a lot of people, and is contrary to popular belief.

Not only are middle class people happier, but if they live modestly, they are able to build a lot of wealth and not get caught in traps like excessive debt. Some middle class people strive to live like wealthier people and spend beyond their means, and end up on the verge of poverty. Living modestly by choice has benefits–the opportunity to be happy and content with what is really important: character not based on wealth, appreciation for what one has, and the joy of being generous to those around us who are in financial need. People that live in the middle class sweet spot of contentment, modest living, wealth building, are the happiest people I know. They surely have less financial stress, and greater financial means to enjoy more things as they get older.

7 top ways to live in the Sweet Spot: your action plan

The keys to living in the sweet spot of middle class and building a lot of wealth, are this:

Comment below if you found this helpful. Also, I’d bet you were recently talking with someone about everyday financial struggles, if so, forward this article to them. – Thanks!

One thought on “What are the Pros and Cons of Being Rich?”