3D Printers, What Will it Mean to Business and Your Investments? 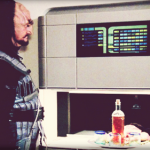 Taking a reflective walk down memory lane about 3D printers, I find that it’s a short walk from my dentist to my laptop.  Several years, ago I had a cap glued onto a molar. It was created from several pictures relayed to a 3D laser that cast a duplicate of the missing top of my tooth from a raw piece of ceramic. This year I had it done again. With increasing frequency I’ve read articles about 3D printers and the amazing things they can do.

What really caught my eye lately is what Jay Leno is up to. No, not the fact that he was retiring from the Tonight Show, but what he was doing with car parts. This is boring to most people but not to me since I’m a car guy. Jay has several pieces of equipment, including a 3D part printer, a 3D scanner, and various computers, so that he can create parts right in his garage from raw blocks of material. I stumbled across the Popular Mechanics article. If you don’t know already, Jay has an amazing collection of cars; some are very rare, such as several steam-powered machines. Finding parts can be hard and it can take forever and cost a lot; even if you find them, they don’t always arrive in great condition. Jay solved this problem by being able to create them from scratch.

A few months ago the Wall Street Journal had an article about printers that could print candy, and Hershey’s was looking into them. I tweeted that the day will arrive in many of our lifetimes when we own food replicators in our home, much as we have Keurig coffee machines today. Previously they were science fantasy first seen on Star Trek’s Next Generation series in 1987 (Klingon using one in the picture).

Last month I walked into my local computer store, MicroCenter, and they had three 3D printers buzzing away creating trinkets and toys from blocks of plastic. For about $1,000 you can buy one and take it home.  You can design something on your computer, such as your invention for a better mouse-trap, or a gift for your children, and before you know it you are watching it being created in front of your eyes. It is quite interesting to view the machine work through the clear plastic printer case.

In the coming years, 3D printers could be as huge and common as personal computers, cell phones, home printers and microwave ovens are today. What this will mean to manufacturing, to the company you work for, and to your investment portfolio, no one knows. But I predict that it will be huge–big in terms of profits, shifting wealth, unemployment, individual investment growth (and losses), and entrepreneurship. Hold on to your rocket Boy Elroy; we will be in for quite a ride when this technology hits main stream. If you are interested to know more, check out the video at Motley Fool titled “The End of ‘Made-in-China’ Era. It is a little bit of hype but well done. Caution–be careful if you are thinking of investing in this industry; picking winners and losers is difficult, just as it was when the dot.com world was white-hot.