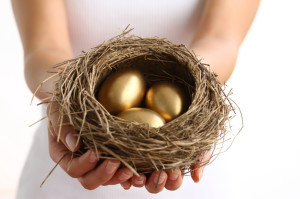 Many aspects of financial matters are unique for women; therefore, the implementation of their financial plans should take their special needs into consideration. Doing so will help them better prepare for the documented financial inequities between women and men.

If you were to guess which issue women worry about most, would you guess family, health, time, stress, or maybe equal rights? According to a March 2000 gallop poll, the answer is their finances. This response may surprise you now, but consider the following list of financial issues unique to women.

Consider these results from a women-and-money incubator, and research by William L. Anthes and Bruce W. Most:

We would also add:

Earnings Differences: It is a well-documented fact that women earn less than men do. A study by the American Association of University Women Educational Foundation (as reported by Ellen Simon of The Associated Press) found that:

Retirement Differences: Women are often less prepared for retirement than men. Anthes and Most also noted that “a Study by the National Center for Women and Retirement Research at Southampton College of Long Island University found that 58 percent of baby boomer women had saved less than $10,000 in a pension or 401(k) plan, while baby boomer men had saved three times that. A Scudder Kemper Investment, Inc. survey of households with incomes of at least $30,000 found that 43 percent of the men had more than $100,000 in their 401(k) plans, while only 27 percent of the women had that much.”

Investment Differences: Also, “the 1997 study by Dryfus and the National Center for Women and Retirement Research showed that women investors were more worried than men about running out of money in old age, preferred more conservative investments, wanted fixed/steady returns, were more unnerved by stock fluctuations and worried more about investment decisions… As these statistics underscore, the financial barriers and challenges faced by women are real and formidable. As one incubator participant put it, “Women are frozen in the headlights, caught in the dilemma of, ‘I know I should be doing something, but I don’t know what to do.’”

Social Security Retirement Differences: Of course, less money earned by women means less money saved for retirement or contributed to Social Security benefits, and because women live 79 years on average while men live 72, women retirees are poorer in retirement than men. Anthes and Most note that according to the Administration on Aging “…half the elderly widows now living in poverty were not living in poverty before their husbands died. The picture is even worse for older women in many minority groups.”

Retirement Summary  Because of these inequities, women have less money going into their retirement accounts (if they have one) over time, than men. In addition, the fact that women live longer than men means that they need more money in their retirement than men do.

Decision Making. The next generation of retirees may have been raised in an environment in which men handled the money decisions. More women actually pay the weekly bills, but they may have little knowledge of the larger family finances such as retirement plans, Social Security, IRAs, insurance, annuities, etc., because they may have deferred to their spouse’s decisions.

It is essential for women to understand the ‘big picture’ of their finances, especially for retirement, divorce, or death of their spouses. Because women make less than men, are less prepared for retirement, and receive smaller retirement benefits, they need to make sure that their husband’s retirement benefits will pass to them if their husband dies first. Because women may be more intimidated about asking questions of their attorney or financial advisor, they may miss crucial details (such as single-life annuity, which may bring higher levels during the husband’s life but that ends when the husband dies first), or incorrect beneficiaries on life insurance policies.

Divorce. During a divorce, women may be more concerned about custody issues and keeping the house than their future retirement and may agree to forgo the 401(k). Single parenting brings a whole host of financial challenges, including lost wages from parenting responsibilities and childcare and babysitters. If the extra expenses and possibly lower-income are not included in the divorce settlement, the single mother may find that she is unable to keep the house, and she loses the two most valuable assets: the house and the 401(k).

Health Insurance. Women not only make less money than men, their health plan may cost more (as reported by Mike Stobbe from the Associated Press). When an employer changes to a high-deductible plan, it costs on average $1000/year more for women than for men. “Women’s costs are higher because they need mammograms, the cervical-cancer vaccine, Pap tests and pregnancy related services”, said (Dr. Steffie) Wollhandler, the Harvard Medical School study’s lead author. This is unfair, but while the inequity exists, women must make an extra effort to contribute the difference to a Health Savings Account or savings program to avoid using credit to pay for the added medical bills. We have personally experienced the $4,000 deductible per year health insurance plan and, although it is better than no insurance, it can certainly make a dent in the family budget.

Care Giving. Another huge drain on women’s finances is caring for their aging parents. More women care for aging parents than men. However distasteful it may be to condense a daughter’s love for her parents into a discussion of money, this issue must be addressed so that women can prepare. Because of the aging baby-boomer population, these numbers will soon become staggering. If you add caring for young children into the mix at the same time, the financial results can be devastating.

What Should Women Do? Because of the special issues facing women, it is crucial that women educate themselves about finances and the realities of financial gender inequity and that they plan for their future. The male-dominated financial services industry is just beginning to realize the unique financial planning issues for women. Make sure that your trusted advisors understand these issues and are helping you plan accordingly. Don’t be afraid to ask your advisors questions, and obtain a financial plan from an advisor or online at eFinPLAN. Your financial plan will give you a complete picture of your current and expected future financial condition. You may also use our ‘what-if’ scenarios at any time to see how any change would affect your overall plan.